A tree planting was held on 2nd September at Doug Mills Reserve on the banks of the Maribyrnong. Organised by Fred Maddern and Nada Stojkovski this activirty was conducted in conjunction with Council and Footscray City Secondary College.

The reserve honours Doug Mills a fomer Footscray Rotarian who served as District 9800 Governor. The reserve was established as RC Footscray celebrated 50 years and a commemorative plaque acknowledging the presidents over that period remains on the reserve.

The students made light work of the planting whilst club members prepared the protection guards.

Fred provided donuts, muffins and drinks for the students which were quickly devoured. 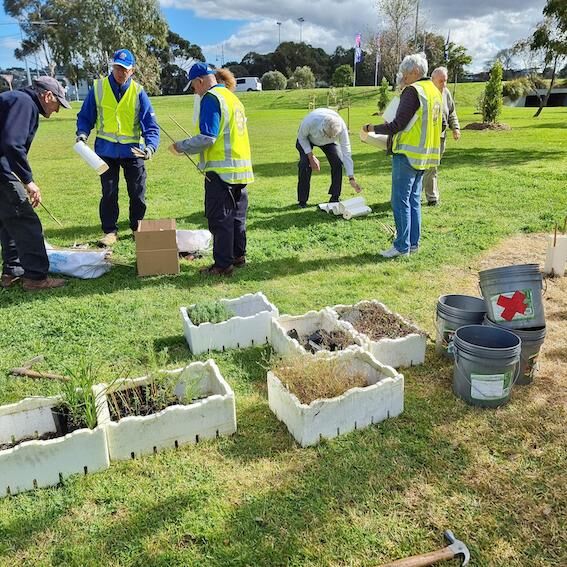 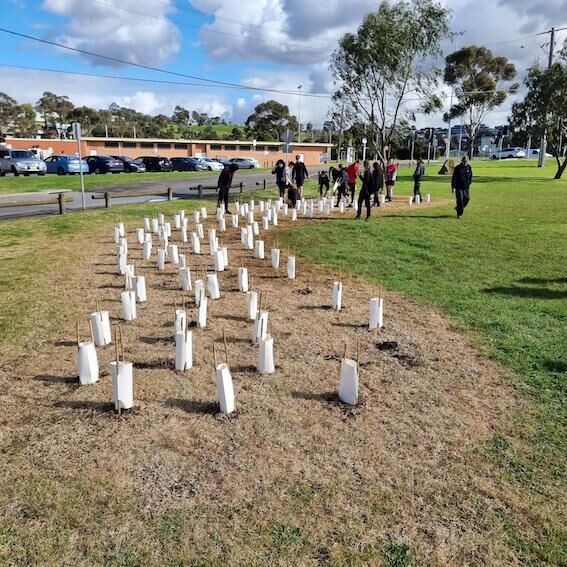